Finally, we get to the story of Cage (Deuce’s son) and Tegen.

Cage West is the son of the Hell’s Horseman MC President, a hot guy that soon found out that his looks and the power of his dad granted him every woman he wanted and everything more he didn’t even asked for.
Tegen is the daughter of Dorothy, a club whore, and always hated everything that had to do with the MC world because she saw what that world did to her mother.
Well, she hates everything in that world except for one thing: Cage West.
She was always in love with him and even after a night with him that went very wrong years ago, she still can’t let go.

When Cage realizes that she isn’t just some random girl, well, things are gonna get rough.
And well, in MC world, when things get rough…. they do really get rough!!
In the end of the road, Tegen will just have to realize if she is willing to fully live int hat world because, there’s one main rule in biker’s world:

I really liked this book. Not as much as Undeniable and definitely not as much as Unbeautifully, but it was a great reading nonetheless.
Although I liked Dirty and Ellie’s story (it should have had its own book!), there were a lot of sideline stories that I thought were dispensable. It should have been more just about Cage and Tegen. 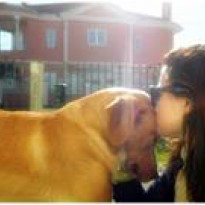